A Return to the Winter Band Concert

By Ellawynn Sian & Julie Nguyen, published March 8th, 2022.​
After two years of Microsoft Team Meetings and recorded performances, The band and choir classes of Alpha finally got the chance to host a live performance. The concert was held on December 6, 2021 in the small gym, instead of the Michael J. Fox Theater like previous years. But hey, we’ll take what we can get! As early as 7:20 am, the senior band helped set up the gym for the performance, lifting and pulling instruments and equipment through the snow. 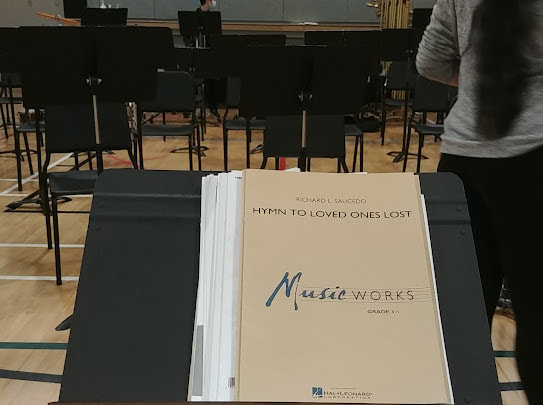 The night started chaotically with all the performers getting ready in various classrooms. The Concert Choir opened the concert with a breathtaking performance of three songs of various styles. Their first piece, “The Wellerman,” was a New Zealand folk song from the 19th century. Their second piece, “We Remember Them,” was also performed on Remembrance Day to commemorate fallen soldiers. The final song had a delicate feeling of snowfall under a shining moon. Sadie O’Conner and Lillian Brichon accompanied the choir on the piano and cello, respectively. The Chamber Choir then performed an incredible rendition of “Papa Loko” with multiple soloists. 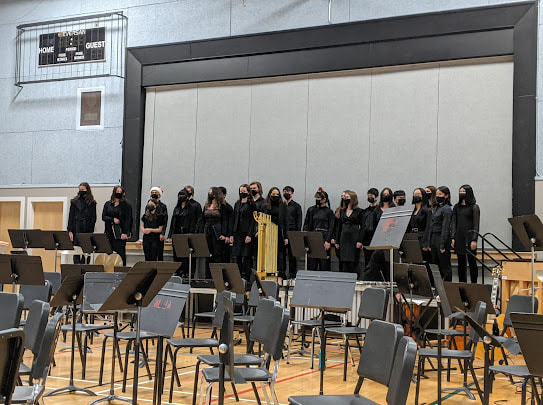 The Junior Band, consisting of two grade 8 band classes, were next on the program. This was their first high school performance, with only one joint practice prior to performing — they were amazing. They played three songs: “Overdrive,” “Joy” and “The Incredibles.” “The Incredibles” was conducted by Lillian Brichon (grade 12) and featured a solo by Mia Uken (grade 8).
Finally, the Senior Band performed. The first song, “Of Gale Force Winds,” matched the power of its title. The second song, “Three Ayres of Gloucester” is an English folk song with a joyful feeling throughout. Third was “Hymn to Loved Ones Lost”—far more somber and commemorating Remembrance Day. The Senior Band closed their set with a festive song, “Christmas (Baby, Please Come Home). 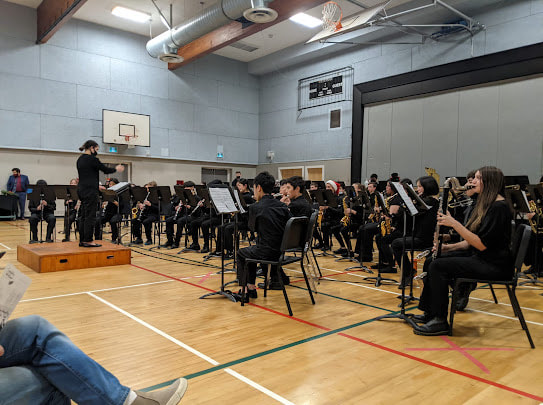 The Jazz Band closed the concert with an upbeat set of three songs: “Gandy Dancer,” “Bye Bye Blackbird,” and “Comfort and Joy” which sent everyone home happy. 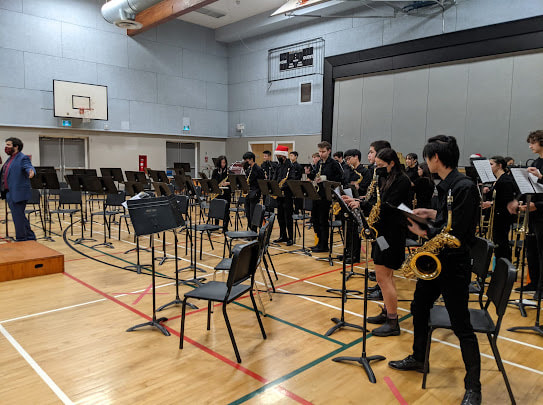 Many of the performers were in multiple ensembles and had to constantly switch instruments with very little time in-between. This was achieved by the hard work of all of the students towards being organized and efficient in helping others get ready.
All the performers did an extraordinary job, but for the spring concert, most hope to perform at the Michael J. Fox Theatre!